Are you adapting as quickly as your workers? 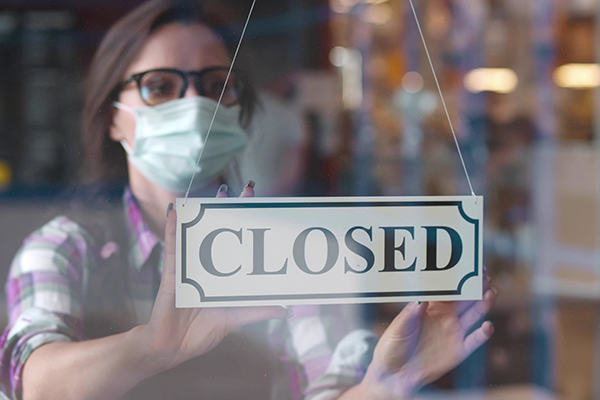 Pre-pandemic, “Jena” worked fulltime as a server in a mid-sized restaurant in the suburbs of Houston, Texas. Tips didn’t always cover the bills, so she supplemented her income by tutoring grade school students in math in her free time.

Then came COVID-19 and the lockdowns. The restaurant closed, then re-opened, then closed, again. Things are up and running again now in Texas. Jena could go back to work in the restaurant, but the pandemic-created employment uncertainty led her to re-think her situation. By the time the restaurant had really re-opened, Jena had created a new work life for herself.

There were some unemployment benefits, so Jena didn’t face some of the hardships that others, especially in the lower-paying, or “can’t do my job from home” sectors had to deal with. The stimulus payments also made a big difference. Jena used a portion of hers to buy a new computer, upgrade her broadband package, and invest in resources to upskill her abilities as a tutor – something she could do remotely, that paid more per hour and with more predictability than her server position, and had the added attraction of providing a real sense of purpose, of doing “something good.” It also gave her the flexibility to finally take that Pilates class, and take care of some around-the-house projects that never seemed to get done.

But her new-found entrepreneurial endeavour was still missing something – personal interaction. So Jena pivoted again, and took a part-time position in the local grocery store, just a 5-minute bike-ride from her home. Due to burnout, concern over close-contact work and other factors, grocery stores have lost thousands of workers – about 49,000! In April, according to the U.S. Bureau of Labor Statistics. Jena offered her customer service skills and her ability to work in a fast-paced environment to her new employer.

“Still pays better than tips, lots of customer interaction, pretty flexible shifts, and I work just enough hours to be eligible for basic health benefits – something I did not have as an employee of the restaurant.”

Not long after she started working at the grocery store, Jena recruited a former co-worker. “Ismael” had been a busboy at the restaurant. Not confident in his English communication skills, Ismael was struggling to find a new job during the lockdowns. With Jena’s recommendation, he was hired as a stocker and warehouse worker – where he, too, earned more and was eligible for benefits.

Jena’s and Ismael’s stories are echoed around the world, as employees whose main job functions couldn’t be carried out from home gave thought to what’s next for them in the working world. If employers, especially in Travel, Tourism and Hospitality, think that their furloughed or laid-off staff have just been waiting for their doors to re-open, those employers could be in a world of hurt as global COVID restrictions ease.
The U.S. April Jobs Report came as something of a shock. Dow Jones estimates had been for one million new jobs. The Administration, many economists, and many employers expected that American workers would flood back to their previous positions. The numbers show that did not happen, with nonfarm payroll only adding 266,000 jobs, and the numbers from March revised downward by 146,000.

Staff shortages in all sectors of Hospitality are suddenly the “topic du jour” and a worry for businesses trying to recover from months of little or no revenue. Some employers – at least in the U.S. – are blaming the extension of unemployment benefits, but workers like Jena, Ismael, and others aren’t the exception, according to numerous industry surveys and studies.

As reporter Heather Long wrote in the Washington Post on May 7, “there is a great reassessment going on in the U.S. economy…at the most basic level, people are still hesitant to return to work until they are fully vaccinated, children are back in school and day care full time. For example, all the job gains in April went to men. The number of women employed or looking for work fell by 64,000 – a reminder that child-care issues are still in play.” [Going to talk about Women-and-Work some more, soon, so stay in touch with The Adapters.net]

While employers were struggling to stay afloat and scrambling to invent Work-From-Home policies, procedures and logistics, many employees, like Jena, had the time to re-evaluate what they do, what they want to do and how they want to do it. Lockdowns also gave folks time to reconnect with family, and many are unwilling to go back to a situation of missed family occasions or exhausting schedules, juggling work and family. A Pew Research Center survey supported this theory.

The Pew Research Center FactTank publication from February found that 66 percent of the unemployed had “seriously considered” changing their field of work, a far greater percentage than during the Great Recession. TT&H workers like Jena and Ismael were finding higher-paying jobs elsewhere – often offering more stability and less vulnerable to this pandemic or the next one that may be on the horizon.

Factors keeping employees from your jobs:

“We’re going to have to learn to attract and recruit people in new ways. A lot of that has to do with flexibility because the gig economy offers that,” says Clayton Krueger, Director of Marketing and Communication for Farelli’s Pizza in Washington state.

Instead of “fun staff events,” and promotional opportunities by “shadowing a manager” how about:

Hotels have been forced to accept some degree of “amenity creep” to keep their guests happy and loyal – maybe we need to consider our employees and their “wants” in the same light.
Workers are getting creative about their working situations. Are you getting equally creative about how you attract and retain your staff?